Half Court is a simple map which fits on one screen. During game play, there is no scrolling. In half court, both teams share the same goal. Because of this, any interception requires that the ball be brought out before returning to play, just like in half court basketball.

The goal is lined with a thin read damage line, if you touch the line, you will likely die. This damage line is to limit the effectiveness of goal tending. 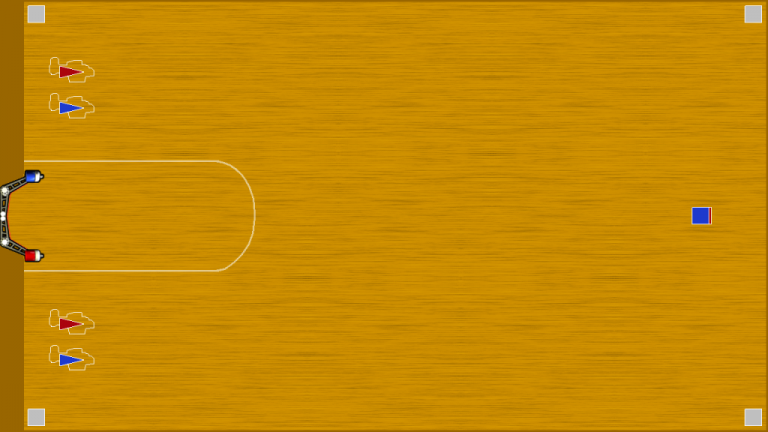 The Alti+ configuration file can be found on plus.txt