Dodgeball was invented by VAN1SH1NG as one of his early examples of what an extended Altitude could look like. The game is re-created on Alti+ servers with as close resemblance to the original as I can tell.

The purpose of the game is to get other players out by hitting them with the ball, and at the same time not get out yourself by getting hit by the ball. Getting “hit” in this game is to be forced to catch the ball before it has been in the air for a full second.

The Alti+ version puts the server into Tournament mode to avoid team switching and to help it gracefully survive disconnects. Each player gets 3 eliminations. If they fail to spawn after becoming eliminated, they will get another elimination after a period of time, this will continue until they are out. 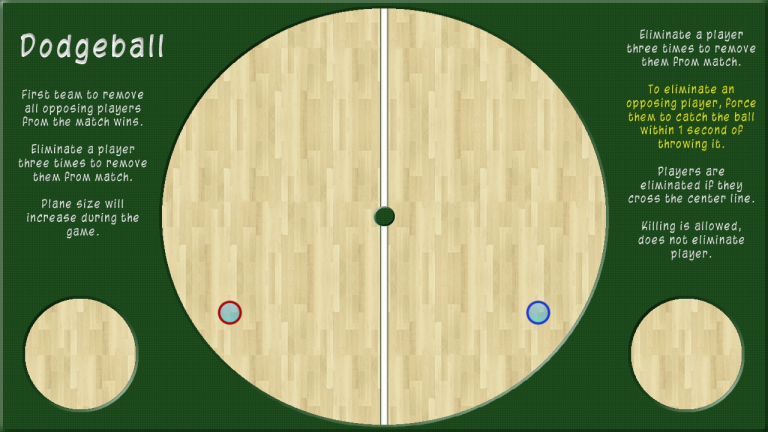